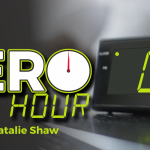 Join me every afternoon, for the best way to enjoy Teatime.

We have the Birthday Book just after 4pm, Fact or Fiction Just after 5pm and in the final hour, Suss Out The Single.

There is the Daily Digital Minute, showbiz news and the lastest sport.
Read more

Richard first pressed his lips to a microphone back in 1982, when he started his deejay career at the ‘Sunday Bop’ at the Royal Naval Air Station Culdrose in Cornwall.  He became a DJ there on and off until 1993.

Wake Up With Victory

‘Victory Online’ and its domain name is in no way associated, or part of, or is affiliated with ‘Radio Victory’.

Any cookies that may not be particularly necessary for the website to function and is used specifically to collect user personal data via analytics, ads, other embedded contents are termed as non-necessary cookies. It is mandatory to procure user consent prior to running these cookies on your website.