From our very first broadcast back in 1975 to the late 1990’s, Victory was heard over the airwaves all around the south coast of England.

Browse our past using our interactive timeline, remember and reflect your memories of this brilliant homegrown independent radio station…

Radio Victory originally launched on the 14th October 1975 at 1pm.  With the words “For the very 1st time in the south of England…”  By Glen Richards (CJ).  It was the 16th Commercial station to launch in the UK. 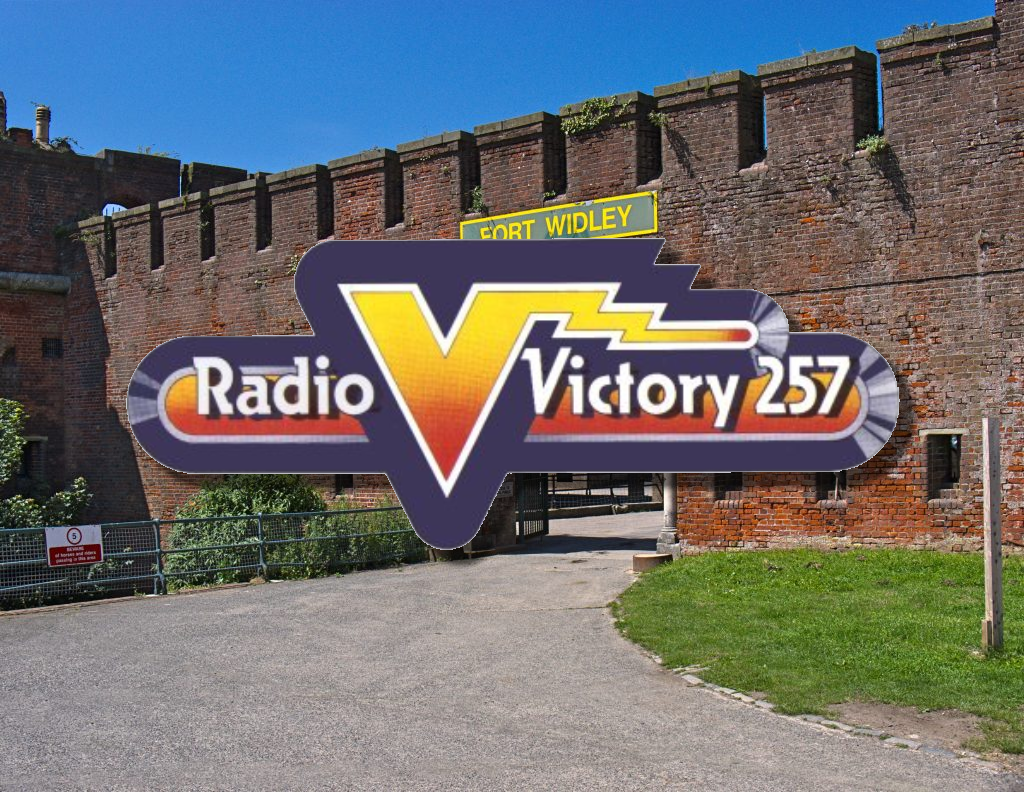 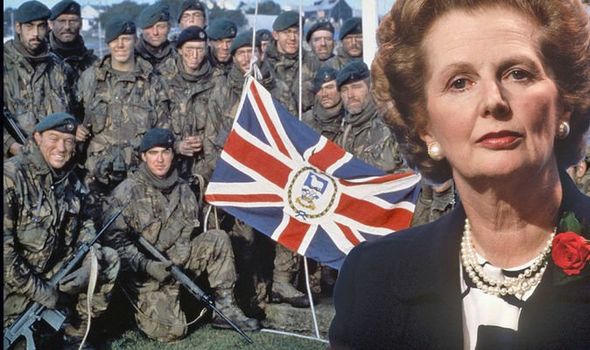 The Falklands War started in this year and with a nation at war, Victory kept the music alive along with regular updates as the event unfolded with 24/7 broadcasting.

In 1985, the Independent Broadcasting Authority failed to renew the station’s licence and it ceased broadcasting in June 1986, despite a local campaign to save it. Fratton Road in Portsmouth was jammed solid with traffic, drivers blaring their horns in tribute as the airwaves fell silent for the last time.  On 28th June as the Guildhall Clock chimed Midday, Radio Victory ceased to broadcast. The closing words came from Chris Carnegy,  “…for 10 years, 257 days this has been Radio Victory”.  Victory was the first ILR station to lose its franchise. 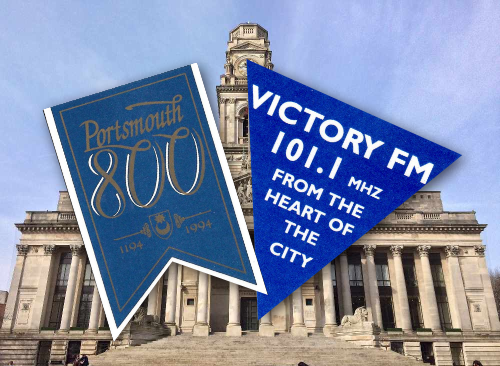 Victory FM launched in 1994, it was our 1st RSL from the Guildhall on 101.1Mhz. To coincide with the Lord Mayor of Portsmouth’s special project and to mark the 800th birthday of the City of Portsmouth and the 50th anniversary of the D-Day landings, Radio Victory was given a new lease of life, for 28 days we broadcasted from our studios in the ‘Heart of the City’ as Victory FM. The radio station was a unique service providing the city with its own voice during this amazing event.

The 2nd RSL as Victory FM came from the corner of Kingston Crescent in North End, it was situated in the old Bradford and Bingley building.  We broadcasted for 28 days in the lead up to Christmas 1994 from 21st November –18th December on 105.4 Mhz.

The 3rd RSL as Victory FM came once again from Kingston Crescent.  Over the Easter and Bank holiday in 1995 , Portsmouth had its own Radio Station for 28 days.   During the period of April – May, Victory FM helped to celebrate the 50th anniversary of VE day.

On Tuesday 14th November 1995 at 7pm, Radio Victory launched on 95.6 Mhz Cable Radio and channel 42 of the channel listing guide on Nynex TV from Media House Twyford Avenue.  As in 1975, the 1st voice to be heard was CJ Munroe.  Unlike the RSL’s this was a full time service broadcasting 24 hours a day, 7 days a week. 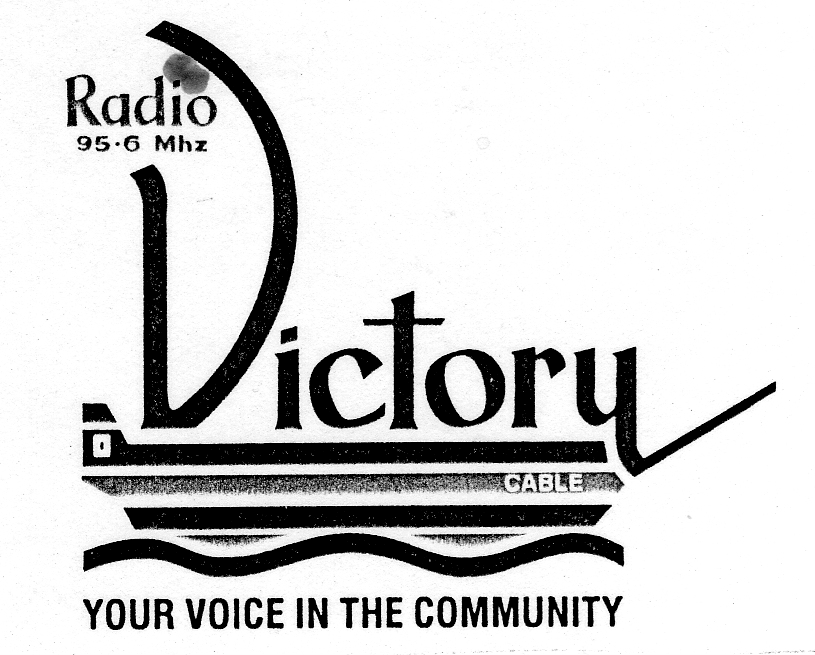 To compliment our cable service our 4th RSL and the first as Radio Victory came from Media House, Twyford Avenue, this was on 106.6Mhz.  We broadcast in the run up to Christmas 1996  from November 27th  – December 25th.

1997 saw Portsmouth hold the Special Olympics, over 2,000 athletes were able to compete. It also saw us broadcast our 5th RSL and 2nd as Radio Victory from Media House, Twyford Avenue. 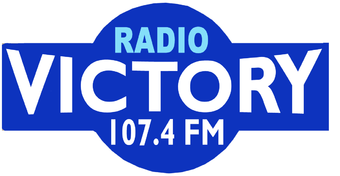 In this year, having won a full time FM license we launched as Radio Victory 107.4, shortly after the launch the station was bought by TLRC (The Local Radio Company).

On 18th February, after months of behind the scenes planning, Victory Online, the new radio station for Portsmouth Launched.  At 1pm the last breakfast show presenter of Radio Victory before it closed in 1986, Neil Crespin announced the start of Victory Online.

On April 1st 2022, Victory launched its online service which had been going since 2021 onto DAB+ in Portsmouth.  The Solent Wireless multiplex had been broadcasting for over 5 years and Victory became an OFCOM licensed station, adding to the choice of stations.  Gary Champion got things underway from 7am.

From early 2000 the ‘Radio’ in Radio Victory 107.4 was dropped and the new name of Victory 107.4 was what we became known for. Various incantations of this iconic radio station soon came to light. From being renamed ‘The Quay’ and with Portsmouth Football Club taking full ownership from TLRC in 2009, the station closed down in 2010 when the the club went into administration. Celador Radio soon bought the station in July 2010 becoming ‘The Breeze’. In 2019 Bauer acquired ‘The Breeze’ becoming part of the ‘Greatest Hits Network’.

WE'RE BACK, THIS TIME FOR GOOD!

With original DJs joining our ranks and resurrecting their iconic shows from days gone by, Victory is back, this time for the digital age.

If you have some great stories about your favourite local radio station from yesteryear why not get in contact with us? Use the link below to contact us through our online form.